As a thought leader, ROEC sets the stage for our partners, clients and readers to better understand unfolding events and develop informed opinions of their own.

Time-saving and straight to the point market intelligence

is the founding director of ROEC. A Romanian of Jewish and Ukrainian heritage, Eugenia was born in the last decade of the USSR in Chisinau, Moldova. She moved to Romania in ’95 to pursue the classes of the fine arts high-school in Bucharest. She has a BA in European Cultural Studies from the University of Bucharest with a thesis on The Democratic Peace theory (2005). In 2008 she left on a Fulbright scholarship to Columbia University, New York (USA), which she has graduated with a Master of International Affairs (specialization: International Energy Management and Policy) and a Certificate from the Harriman Institute (with a thesis analyzing the Russian Production Sharing Agreements). Before establishing ROEC, Eugenia has worked as a researcher at the Romanian Diplomatic Institute (Romanian MFA), in the Department for Strategic and Political Analysis covering developments in the Former Soviet Union countries (Belarus, Russia, Ukraine, South Caucasus, Central Asia). Her current areas of interest include energy markets, policies and regulation, oil and gas, heat and co-generation, energy transition and energy economics.

In addition, Eugenia leads and represents the center, forges partnerships and maintains relationships with all relevant stakeholders. Responsible for planning, coordination and effective implementation of ROEC projects and events, she oversees and enforces QC for all ROEC analytical work. She charts the course for organization development and chooses the strategies used to achieve that vision. As a fellow energy analyst, she carries out research and analysis work, and contributes to all ongoing projects.

is an experienced entrepreneur and a knowledgeable advertising professional. He is the manager, owner and majority shareholder in a number of companies with activities spanning over the entire media spectrum. Razvan co-founded ROEC and contributed with the start-up infrastructure for the project. At ROEC, he oversees the integrated approach to innovation and growth, and is involved in the day-to-day activities of the center on an operational level, making sure that organizational resources and capabilities are streamlined to match the requirements of projects and activities in the most efficient manner.

is an expert accountant and expert valuator as well as Director of Avemar’iis Cont, a Bucharest based accounting services company. An economist with over 40 years of experience in the financial-banking sector and a portfolio of professional experience which includes over 20 years worked at CEC Bank and 15 years in the construction field in positions such as economic or financial director, Aurelia is a member of CECCAR (Body of Expert and Licensed Accountants of Romania) and ANEVAR (National Association of Romanian Valuators). She is also the founder of the Lotus Foundation, a local NGO which takes care of homeless dogs.

President of FORATOM since January 2018, and currently adviser to the CEO of Nuclearelectrica, Teodor is a nuclear engineer with a rich experience (40+ years) in Romanian nuclear industry. He was instrumental in setting up ROMATOM in 2000 and in its affiliation to FORATOM. Actively involved in development of the CANDU project in Romania since early ‘70s, Teodor worked for ISPE, CITON and RENEL, as well as for CANDU Owner Groups, before serving in different managerial positions at Nuclearelectrica (1998-2009) which he lead as CEO between March 2005 and January 2009. He acted also as Managing Director of AMEC Nucleare Romania (2009-2013), before being appointed CEO of EnergoNuclear – SPV for Cernavoda Units 3&4 – in November 2013. He holds a PhD in nuclear science from the Politehnica University in Bucharest and is a FORATOM Executive Officer since 2006.

is a tenured Professor at the Faculty of Law, Universidade Nova de Lisboa, Portugal. He is also the Professor and Chair for Geopolitics at the Portuguese Joint Higher Staff and Command College. He studied at the Univesidade Nova, at the London School of Economics and Political Science, and at the École des Hautes Études en Sciences Sociales, in Paris. A world recognized scholar in International Relations, Diplomacy, Security, Strategy, Political Science and Geopolitics, Armando has a distinguished academic and professional career, which has taken him over the years to numerous countries in various roles (as a diplomat, guest professor, researcher, lecturer, president of the Portuguese Diplomatic Institute). He authored 16 books and over 100 scientific articles and studies.

is a post-doctoral fellow at Cornell University, where she is writing a book on nuclear technology transfers. She pursued her PhD at the University of Oxford with a thesis on Romania’s nuclear acquisition strategy during the 1960s and 1970s. A Fulbright alumna, Eliza graduated with honors from the Security Studies Program at Georgetown University (2010). She was a pre-doctoral fellow at Sorbonne-Paris I, the Paul Nitze School of Advanced International Studies – Bologna Center, and the Norwegian Institute for Defense Studies. Her work appeared in think-tank publications (at ROEC and Woodrow Wilson International Center for Scholars) and peer-reviewed journals (Cold War History, European Review of History). Eliza specializes in energy history and diplomacy with a focus on nuclear policy.

is Romania’s top expert on Russia, Ukraine and contemporary political developments in the CIS countries. An associate professor at Bucharest University’s Faculty of Political Science (since 2004), Armand has been the adviser to the Minister of Foreign Affairs on Former Soviet Union (FSU) countries (2010-2012) and Editor in chief at Revista 22. A graduate of the University of Bucharest with an MA in history (1986-1991) and a PhD in Russian Studies (1995-1998), he has been engaged in sustained academic activity as a senior researcher at the Romanian Academy’s Institute of History “N. Iorga” (1991-2001) and at the Romanian Institute for Recent History (2002-2004). Key areas of expertise: Russian foreign policy, history and politics; Ukraine; Central Asia; Caucasus; international affairs.

is a Fulbright alumnus and a graduate of Maxwell School of Public Affairs with a MA in International Relations (Syracuse University, 2013) and a Certificate in Security Studies from the Institute for National Security and Counterterrorism. An editor on international security and defense at ‘22’ weekly (since 2007) and at Foreign Policy Romania (since 2010), a contributor to Small Wars Journal  (since 2011), he has written extensively on Euro-Atlantic security affairs and interviewed key counterinsurgency practitioners (Generals David Petraeus and John Allen) and COIN thinkers (John Nagl, David Kilcullen). Octavian is the recipient of the 2011 Freedom House Romania award forYoung Journalist of the Year in Foreign Policy. At ROEC, he specializes in Transatlantic affairs. 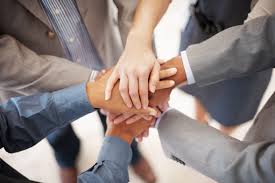 ROEC works with a large network of experts on a project need basis. We work with professionals in different areas of expertise (public policy, corporate finance, international security, economics, etc) who are selected from our database based on project topic and required skill set.

If you are an expert, consultant, academic or researcher and you would like to join our network, send us a sample of your work and a CV.

If you would like to publish with our think tank, send us an original article or analysis by one of the following 3 deadlines in a year:

The article has to be an original text, not published or submitted for publication anywhere else. English only.

Your submission can be accepted, rejected, or the object of a “revise and resubmit” cycle before it reaches the final version for publication.