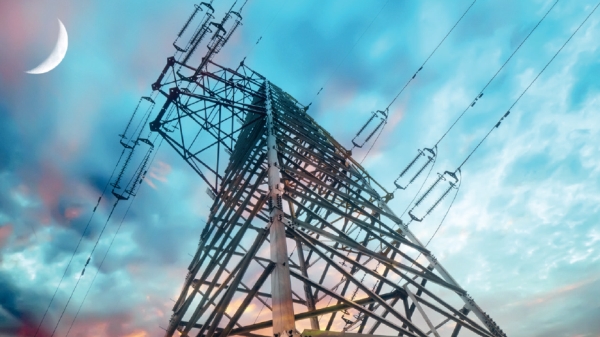 A capacity mechanism creates a two commodities market: one for energy and one for availability of energy. Romania’s electricity market was designed as a very competitive energy-only market. Officially Romania does not have a capacity mechanism notified to or approved by the European Commission. However, in 2013, before the adoption of the new Environmental and Energy State Aid Guidelines (EEAG) – which came in effect on July 1, 2014, the Romanian government adopted Government Decree 138 which was advocated as a Capacity Mechanism. Since it pre-dated the adoption of the EEAG in 2014, it hasn’t been notified to the European Commission. Consequently, since mid-April 2013 until December 2017, in Romania there was a measure in place that functioned as a Capacity Mechanism, but was in effect a masked state aid to coal power plants granted without public consultation and an adequacy assessment, in short – a support scheme which managed to stay under the radar of the European Commission. Is there a real need for a capacity mechanism in Romania? Only an in-depth adequacy assessment can answer the question.

An “energy only market” is a wholesale electricity market where generators obtain revenues from sale of electricity, balancing power and ancillary services. In such a market, supply and demand determine profitability of generation activities and future investment incentives. According to a EC Staff Working Document from 2016, “Current liberalized electricity markets in the EU are imperfect examples of energy-only markets, given that in most Member States some or all generators obtain revenues through channels other than market prices, for instance in the form of subsidies and payments that affect their incentives to invest in generation capacity.”[2] Situations when markets fail to incentivize the building of sufficient generation capacity to meet demand (through high enough prices during tight supply) generate the so called “missing-money problem”. Even after reforms are enacted, there may be a “residual missing money problem” left. Which is when the introduction of a Capacity Mechanism (CM) can be considered in order to address residual market failures.

Since capacity mechanisms are “support schemes that remunerate the availability of electricity generation” on top of revenues obtained from the sale of electricity, they are a form of last resort market intervention which may involve state-aid. Because they may involve state aid, they have to be checked for compatibility with Guidelines on state aid for environment and energy (EEAG), so notified to the European Commission, which has to approve them. The EU legal framework for Capacity Mechanisms is defined by the 2014 state aid rules and, going forward, by the final provisions of the Clean Energy for All Europeans package.

Each market has unique and specific conditions, therefore an adequacy assessment has to be conducted to determine whether there is in fact a need for further intervention in the form of a capacity mechanism.

The 2004 Commercial Code (as written) was well designed to cover RES market integration. However, in 2012-2013 Romania experienced a RES-E boom and the priority access into the grid for RES (granted by European legislation) put competitive pressure on the coal-fired power plants owners – Complexul Energetic Hunedoara (Hunedoara) and Complexul Energetic Oltenia (Oltenia). No longer able to benefit as they did before from state aid measures (such as debt relief, cross-subsidies from hydro or coal mining subsidies) due to stricter state aid rules, Oltenia and Hunedoara lobbied the government which on April 3, 2013, approved a decree (GD 138/2013) that introduced something resembling a capacity mechanism. GD no. 138/2013 mandated guaranteed access into the grid for electricity produced by Mintia TPP (owned by Hunedoara) that would ensure the continued functioning of min. 200 MW as well as electricity produced by Oltenia for at least 500 MW. Both coal-fired generators (Hunedoara and Oltenia) were designated as mandatory suppliers of ancillary services, Hunedoara up to 400 MW and Oltenia up to 600 MW. This measure was to be applied from April 15, 2013 until July 1, 2015. Subsequently, another decree (GD no. 941 of October 29, 2014) extended the application of these provisions until December 2017, but only for Hunedoara. The measure was argued and presented as a Capacity Mechanism (Market-wide – Central buyer model) for coal-fired TPPs. However, Romanian experts[4] at the time did point out that GD 138/2013 served no actual real need and was a market distorting and discriminatory measure to all the other electricity producers.

Subsequently, in the Explanatory Note for GD 941, the measure was further argued as an “associated capacity reserve absolutely necessary to ensure system adequacy”.[5] Specifically, “the level of losses in the network is influenced by the distance between production and consumption centers, so by how the load is distributed and covered by existing generators, by the volume and destination of international power exchanges. From this point of view, in the central and N-W areas, CE Hunedoara is the only big electricity producer with a total installed capacity of 1225 MW”. The note pointed to the lack of a planned new power plant running on traditional fuels that would ensure an available reserve capacity for the proposed period (2015-2017) and invoked the “4M – Market Coupling” project (power market coupling between Czech Republic, Slovakia, Hungary and Romania, which was expected to determine a surge of cross-border exchanges, at Romania’s Western border.

The initial measure stipulated by GD 138/2013 (involving government intervention, therefore potential state aid) was granted before the adoption of the new Guidelines on state aid for environment and energy (which came in effect on July 1, 2014). Judging by the fact that it does not come up in the EU State aid register (when you search for the key word “Capacity mechanism”), it probably hasn’t been notified either, since it pre-dated the adoption of the EEAG in 2014. Consequently, since mid-April 2013 until December 2017, in Romania there was a measure in place that looked like and was dressed up as a Capacity Mechanism, but was in effect a masked state aid to coal power plants granted without any prior public consultation and without an adequacy assessment, in short – a support scheme which managed to stay under the radar of the European Commission.

More recently, two ANRE Decisions from 2016 specify regulated prices and quantities for purchase of ancillary services by the TSO. For instance, ANRE decision #1034 of 22.06.2016 established hourly values for specific quantities for reserves (secondary, fast tertiary, and slow tertiary) to be purchase by the TSO (Transelectrica) from Hunedoara (coal-fired generator) via bilateral contracts with regulated price and quantities in the period July 1, 2016 – June 30, 2017. Similarly, ANRE decision #1035 of 22.06.2016 approved a regulated price for the purchase of ancillary services by Transelectrica from Hidroelectrica for the period July 1, 2016 – June 30, 2017. While for Hidroelectrica the measure is somewhat justified (since it is the main supplier of services on the ancillary services market and there is a risk of abuse of dominant position), for Hunedoara it is not.

In conclusion, although Romania does not have a Capacity mechanism notified to the European Commission to be checked for compliance with 2014 EEAG rules, it uses both regulated and market based components. During 2013-2017, the GD no. 138/2013 and no. 941/2014 introduced a Market-wide – Central buyer model where the TSO had the obligation to purchase a certain volume of electricity from specific generators (coal fired power plants), but without the provision of a fixed price.

On the other hand, ANRE decisions #1034 and #1035 of June 22, 2016, although framed as provisions for ancillary services, both could be interpreted as a CM (Targeted capacity payment scheme, with a central body – ANRE – setting a regulated price for an estimated hourly volume, but only for two producers (Hunedoara and Hidroelectrica). The two ANRE decisions from 2016 do not fall into the Market-wide capacity payments, because the fixed payment is not available to all market participants.

Furthermore, the year 2017 saw an unusual situation on the Romanian electricity market which has falsely signaled an insufficient power generation capacity. First, in January 2017, there was a perfect storm: peak electricity demand (9,700 MWh compared to Romania’s average electricity demand of cca. 7,000 MWh), cold weather, and a lack of cheap hydroelectricity. This, together with alarmist statements from then Energy Minister Toma Petcu, sent the prices of coal-fired electricity to 650 lei/MWh (4 times higher). A second crisis occurred in July, but for other reasons (a dry summer and a lack of wind lead to more coal-fired electricity production, which is more expensive). This generated huge variations on the balancing market (up to 12% instead of the usual 5%). That has caused former ANRE President Nicolae Havrilet accuse a capacity problem: “In practice we took notice that if we do not have cheap RES resources (available- EG), hydro, wind, we depend on coal which is expensive. The declared generation capacity of 22,000 MW does not exist, not even the 14,000 MW which supposedly should be operational at any moment, is not available. Here we have a joint analysis with Transelectrica, the operator of the balancing market, which shows that starting with a demand of 7,500-8,000 MW, there are supply problems”.[6] During peak demand Romania seems to have a deficit of production capacity from non-RES. In that sense, the Brazi gas-fired power plant (860 MW) owned by OMV Petrom does have an important role to play. However, Brazi TPP worked at 50% of its capacity during 2017 due to some technical issues. The 250 MW gas-fired TPP currently under construction by Romgaz at Iernut will be equally important for the overall system stability going forward. Market analysts, on the other hand, consider that the 2017 electricity price spikes were not at all due to insufficient capacity, but due to commercial practices which excessively favored transactions on the spot market instead of the term market.

To conclude, there are some elements of a Targeted capacity payment for the ancillary services market (e.g.: ANRE decisions 1034 and #1035 of 2016) in place, but it may not be enough to address big variations in the system. When the sun doesn’t shine, the wind does not blow, there are extreme weather conditions and/or a dry hydraulic year, Romania relies on coal for “top up”. However, if the proposed 550 g CO2/kWh limitation on capacity mechanism will enter into force, coal TPPs will no longer be able to play that role. Therefore, the opportunity for a future Targeted Capacity Mechanism could be considered, either for existent/soon-to-be available gas-fired capacity (for instance, Brazi and Iernut could be granted Strategic Reserve status) or in the form of tenders for new future “top up” power plants based on non-intermittent energy sources. As events in 2017 illustrate, there are premises for Romania to build a case for a future Capacity Mechanism involving state-aid for traditional power generation, especially for more flexible gas-fired units.