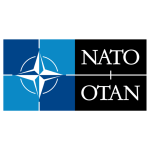 is an intergovernmental military alliance based on the North Atlantic Treaty which was signed on April 4, 1949. The organization constitutes a system of collective defence whereby its member states agree to mutual defense in response to an attack by any external party. NATO’s headquarters are located in Haren, Brussels, in which the always-American Supreme Allied Commander also resides. Romania joined NATO in 2004 and is now one of its 28 member states. The newest NATO members, Albania and Croatia, joined in April 2009. An additional 22 countries participate in NATO’s Partnership for Peace program, with 15 other countries involved in institutionalized dialogue programs. According to the 2010 Strategic Concept, NATO’s core tasks are: collective defense, crisis-management and cooperative security.

was founded in 2003 by a small group of independent professionals and business executives active in the energy sector of the region. The Institute, which has its headquarters in Athens, Greece, is a nongovernmental and nonprofit organization. One of the principal activities of IENE is to provide up to-date information on key energy and environmental issues in South-East Europe. This information is provided on a regular basis through the publication (in both electronic and printed form) of newsletters, analysis, research notes, working papers, conference proceedings, studies and variety of other publications, as well as via the specialized websites supported and administrated by the Institute. 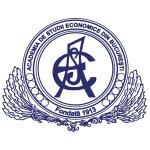 The Bucharest University of Economic Studies (ASE) is one of the largest and most prestigious public higher education institutions in Romania. Established by Royal Decree in 1913, as the Academy of High Commercial and Industrial Studies, it was the first higher education institution focused on economics in Romania. In its 100 years of history, ASE has become the foremost university in economics, public and business administration in the country and SEE region, an institution that now has 12 Faculties, 22 departments and over 20,000 students enrolled in a variety of  Bachelor’s,  Master’ and PhD programs. Through its achievements, ASE  lives up to the vision set by its founders in its Establishment Decree “to provide higher and in-depth knowledge in the field of commercial and economic sciences; to train professionals for commercial and industrial careers; and for economic public administration”. 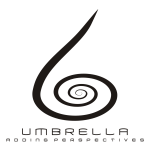 is a high-end advertising, production and post-production group of companies, with offices in Romania, Italy and Egypt. Since 2005, Umbrella grew into one of the most respected and trusted businesses in the EMEA region. A pioneer in the use of 3D CG, Umbrella’s portfolio reflects unrivaled audacity, authenticity, vision, and the evolution of the vfx market itself. A reliable business partner to  enterprises that resort to modern productions to present services, visualize projects and products, and conceptualize new ideas or messages, Umbrella Group is a trend setter in its field that constantly offers up-to date services and impeccable customer service while managing to stay abreast of the latest technologies.