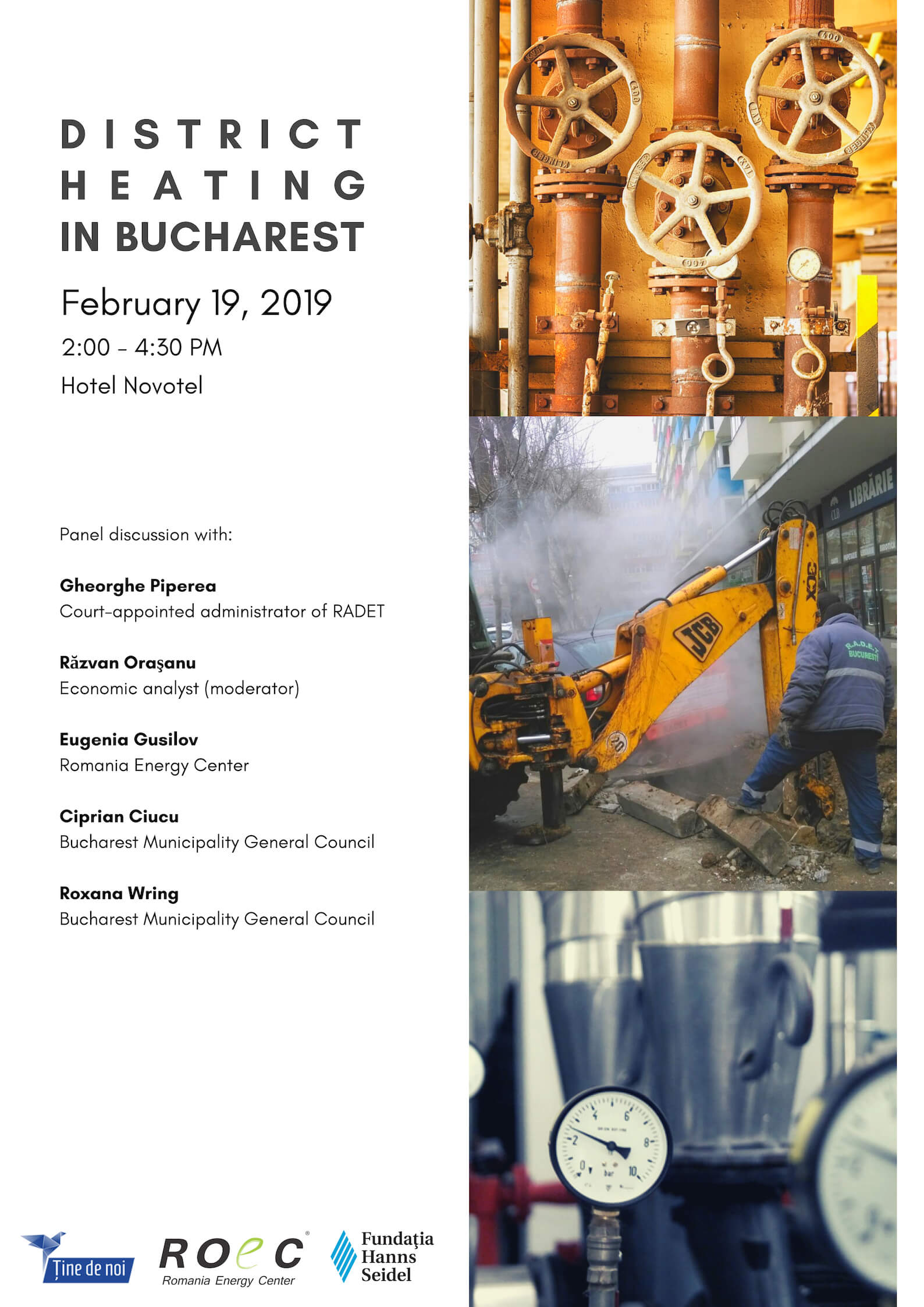 Romania Energy Center (ROEC) in partnership with the “Up to Us” association and Hans Seidel Foundation invite you to join us for a debate about district heating in Bucharest and the situation of the city’s heat distribution company – RADET. The company has filed for bankruptcy in 2016 and has been run by a court appointed administrator (Rominsolv) ever since. In fact, both ELCEN (the Bucharest heat producer) and RADET (the heat distributor in Bucharest) are in bankruptcy procedures. To solve the problem, the Bucharest Municipality wanted to transfer the business of both companies (ELCEN and RADET) to an entirely new company – Bucharest Energy Municipal Company (Compania Municipală Energetica București). However, the Bucharest Tribunal has annulled the Bucharest municipality decision to found Compania Municipală Energetica București in 2018, along with 19 other such new municipal companies that Bucharest’s mayor wanted to set up.

The investment requirement to upgrade the entire DHS in Bucharest has not been precisely calculated, but is estimated to be roughly 3 Billion EUR, of which 1.4 Billion only for RADET (as much as the entire annual budget of Bucharest Municipality, which was 1.3 Billion EUR in 2018). The heat distributor (RADET) is in the process of accessing European funds (180 million EUR) via the Large Infrastructure Operational Program. But, the court appointed administrator says that investments so far have been kept to a minimum (emergency repairs) because the priority was to stabilize the company and reduce the losses first. Meanwhile, the number of accidents at the hard infrastructure has reached an all-time peak this winter with many consumers left in the cold. Without capital upgrades and repairs, Bucharest will be unable to cover the heat demand in Bucharest in the next 4-5 years, and a collapse of the entire system could become imminent. Our debate aims to generate a constructive discussion about the current state of affairs and actions necessary to restore district heating in Bucharest to proper functioning.